On April 26, 2022, a 12-person jury awarded damages in excess of half a million dollars to a Homeowner in Williamson County, who claimed that his General Contractor caused damage to his property.

The Homeowner had hired Escobar Construction, LLC, also known as E.C Design & Builds, and its owner Vincent Martinez as General Contractors to remodel and expand on an existing home. The value of the original construction contract was around $350,000.00. 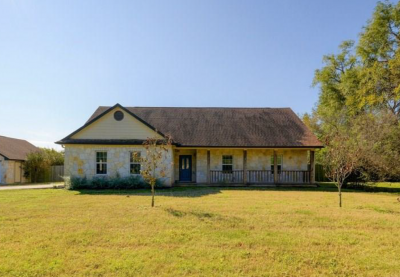 The GC made numerous mistakes in the construction, including removing the entire roof of the property without having the necessary materials ready to replace it.

At trial, the Homeowner testified that he had attempted to mitigate the problems by bringing in a new crew to repair the roof, but had been unable to do so in the weeks before Christmas 2020.

The Homeowner’s expert witness, Greg Flenniken of Flenn Custom Homes testified as to the numerous mistakes made by the GC, and stated that the extent of the damage meant that the home had to be torn down to the foundation. Mr. Flenniken then estimated that the cost to rebuild the home was $447,840.00.

Escobar Construction and Mr. Martinez denied the claims through their attorneys, the Willis Law Group, from Dallas.

After closing arguments, the jury considered the evidence and the arguments of counsel for more than 7 hours, before delivering their verdict shortly after 10:30pm on Tuesday night.

The jury found that Escobar Construction had been negligent and awarded damages to the Homeowner in the amount of $447,840.00 to rebuild the property.

The jury also found that Escobar Construction failed to perform services in a good and workmanlike manner and awarded damages to the Homeowner in the same amount.

Further, the jury found that Escobar Construction engaged in this conduct knowingly, and also that Vincent Martinez was individually responsible for the actions of his company.

The Homeowner was represented by Pete Reid of Pete Reid Law, PLLC.

After the trial, Pete Reid stated that he was delighted to have won such a large verdict for his client, but that he was disappointed the jury took so long to make their decision because all of the bars near the courthouse were now closed.