The Verdict is in: New Pete Reid Law Ad is ‘Arguably The Greatest Lawyer Commercial Ever’

This summer Pete Reid Law made its first TV commercial. As Pete told Texas Lawyer magazine,  “I’ve always had the idea to make a lawyer commercial that’s a bit different.” Filmed over two days in June, the ad has now been featured in news media across the World, from New York to Brazil, and from The Netherlands to Australia. 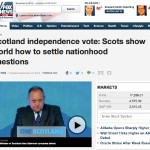 In September, the people of Scotland held a referendum to determine whether it should be an independent country. In the build-up and aftermath, Pete Reid was invited to give his opinion on the issues by local and national TV networks here in the US, including MSNBC, Fox News, and Comedy Central.
Read more 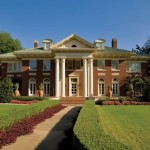 Less than 24 hours after signing a sales contract to purchase their Neighbor’s property, a Texan couple were stunned to hear that the Neighbor had decided that he would not be selling the property for any price. The couple hired Pete Reid Law who immediately filed a lawsuit and 10 weeks later, the couple closed on their dream property for a discounted price.
Read more

The Tenants of a luxurious lake house demanded that their lease be terminated early, vacated the property, and made threats against the owner. The owner hired Pete Reid Law to protect her rights and enforce the lease. Ultimately the Tenants were required to pay full rent for the remainder of the lease, plus costs.
Read more 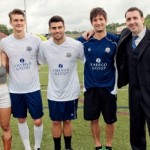 The Austin Aztex, one of Pete Reid Law’s sports law clients, recently announced the addition of professional soccer to the sports landscape in Austin, Texas. Although the Aztex defense was unable to stop Pete Reid scoring a goal against them in his recent TV ad, the team still expects to make a major impact in the USL Professional soccer league in 2015.
Read more