Having won the Internet* in 2014, the original Pete Reid Law ad is now set to air for the first time on US TV this week. The video has been edited into two 30-second ads (‘Real Estate Litigation’) and (‘Business Litigation’) that will begin running across several networks in the Austin market this week, including a prime spot on Jon Stewart’s final night of ‘The Daily Show’ on August 6th. *The video did actually win a 2015 Internet Advertising Competition Award for “outstanding achievement in Internet advertising”. 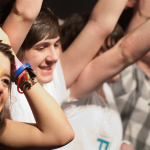 Located underground in the heart of Austin’s legendary 6th Street is the acclaimed and lively Barcelona nightclub. Recently the venue was threatened with closure due to a dispute with the owner of the building over loud music, until Pete Reid Law secured an injunction to ensure the club never missed a beat.
Read more 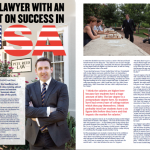 Pete Reid has been elected Vice-Chair of the Entertainment and Sports Law Section of the Austin Bar Association (ESLABA). The section hosts monthly lunch CLEs and social events, and was a co-sponsor of the first Pete Reid Law Burns Supper (see opposite). Pete was also featured in the Scottish Legal News 2015 Annual Review, and was spotlighted in the April Newsletter of the Entertainment & Sports Law Section of the Texas Bar (TESLAW).
Read more 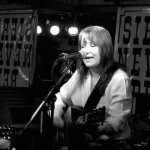 Mandy Mercier is a long-time Austinite and an award-winning musician whose life was turned upside-down when Real Estate Developers sued her and tried to claim an easement through her home. With Pete Reid Law on her side the Developers eventually agreed to drop the case and to pay all of her costs and fees.
Read more 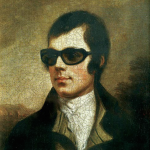 On a fittingly cold and wet January evening in Austin, Pete Reid brought together a convivial group of fellow Scots, attorneys, artists, and doodlers as he hosted what is sure to be the first of many Robert Burns Suppers. Whisky flowed, traditional toasts were given, poems were recited, and guests commiserated or celebrated the fact that haggis was still banned in the US. The festivities will return in January 2016. RSVP now.
Read more